this morning i heard this song as transition music on NPR.

it was weird. when i was a kid i thought it would be great if the music i liked was what was on tv and the radio, like the world would be cooler. it didn't feel that cool. i don't really feel that cool. what do we call this feeling? it's a like a nostalgia for a future that was not. i'm not sure. 1993 was like the year of hip hop for me. there were a lot of good records. i saw tribe called quest, de la soul, and souls of mischeif at bogart's in cincinnati that year. they took a  really long time to get on stage. i was wearing a white sweater. i saw dog hanging out on the side of the road on the 2 hour drive there. i don't remember what we ate but i thnk it was burger king.

here's a drawing i did for my art show coming up. it's 3 feet square. i'm into the peace fruits as a movement, as a club, as a feeling and force. let's talk about it when i see you. 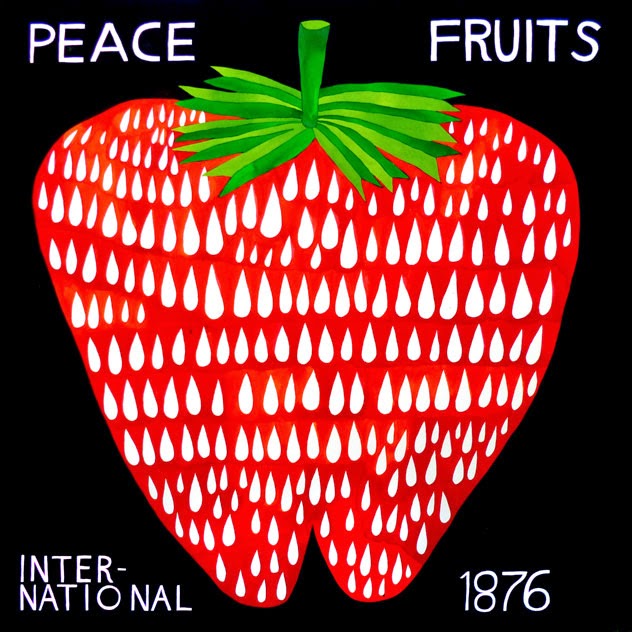 Posted by nathaniel russell at 7:33 AM