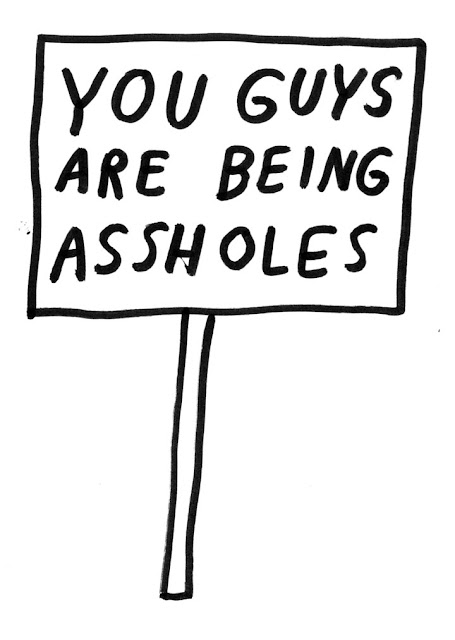 i just wish everyone on earth would just stop being lame
somebody please make this and take it to a rally and send me a photo
let's love each other
Posted by nathaniel russell at 6:04 PM No comments:

i'm no different from everyone else: i look at the internet and i take screenshots of things. i just don't know what to do with it. i can't start a tumblr because then what? it's friday, i've been occupied, and here's an assortment to wrap your head around. i love you. it's true. 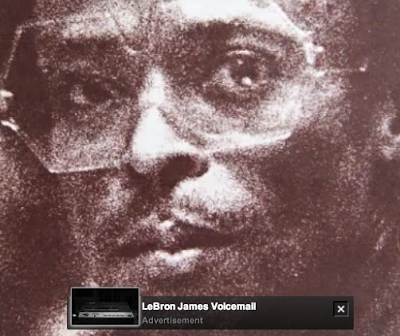 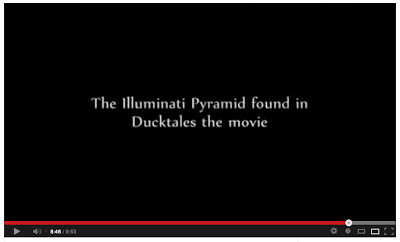 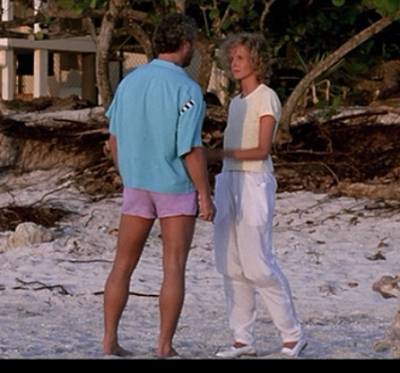 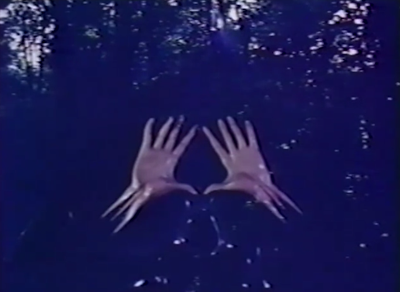 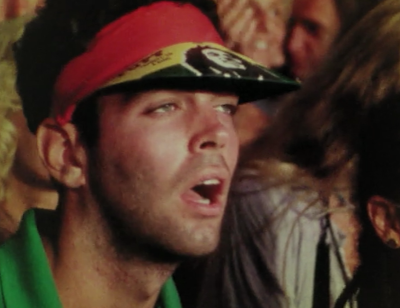 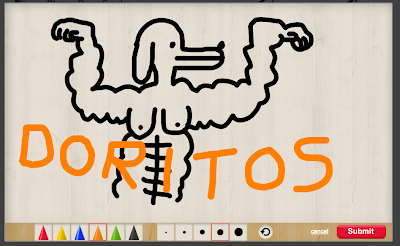 Posted by nathaniel russell at 4:43 AM No comments: 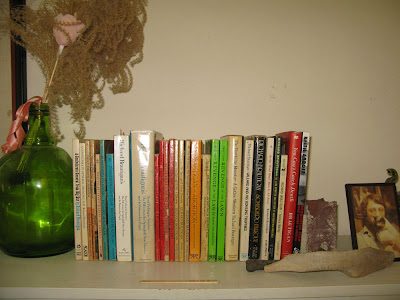 the fine folk at "it's nice that" did one of their Bookshelf features on me.
Here


i would be remiss if i did not mention that all my books would be in a pile on the floor and have coffee spilled on them if it wasn't for katie coles. when we mingled our book collections she organized them by subject, kept them nice, and makes the new ones get in where they fit in. thanks, katie. these are our bookshelves, i just picked out some my favorites for you, the reader, to look at and read about.
Posted by nathaniel russell at 6:04 AM 2 comments: 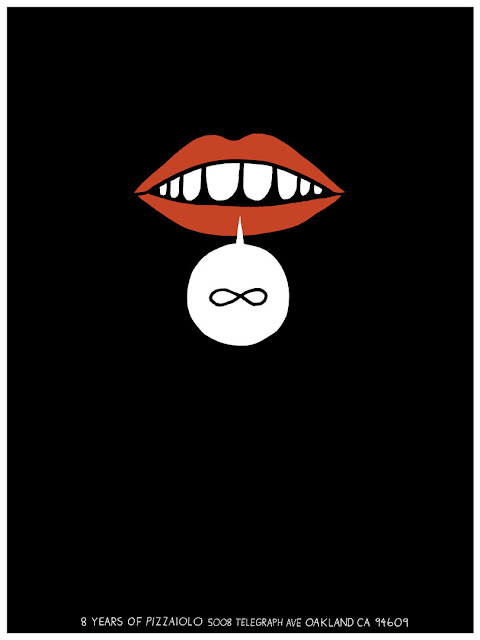 i made this poster last month for pizzaiolo in oakland, california.
some actual silk screen prints and a shirt were made also, as i understand. 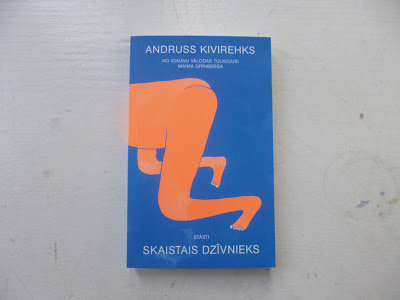 i also did a drawing and worked closely with a designer in eastern europe to create this book cover. i have wanted to do an actual book cover for a long time so it was nice to get this chance to work on something. it's actually nice that i can't understand the words. 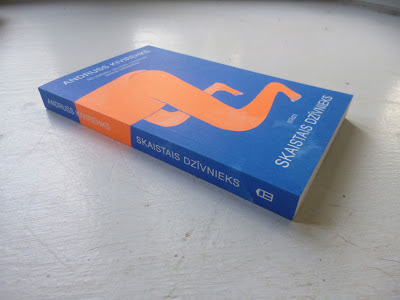 it goes around, you see 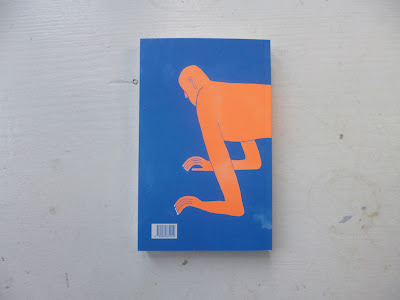 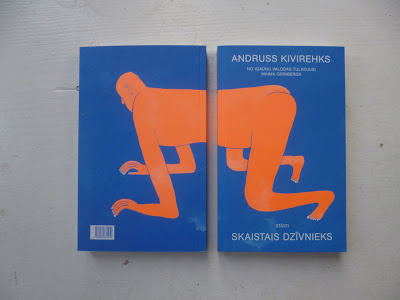 i feel a long-winded post about design-work-art-money-life coming on but i have a feeling i always will and no amount of sharing will soothe. let's just enjoy these things.
Posted by nathaniel russell at 5:36 AM 1 comment:

nothing is in your shopping cart 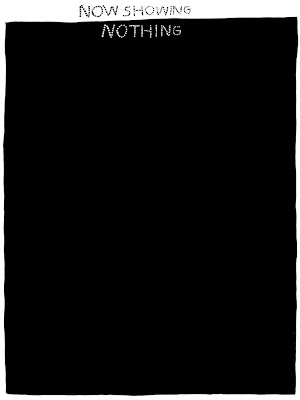 i made a new print and i am very proud of it.
NOTHING
18x24
silk screen
signed and numbered edition of 30
printed by expert printer dave windisch in indiana
$30 plus shipping
HERE this is what it looks like in real life. it doesn't photograph really well, but it looks very similar to the above jpeg, everything came out nice and clear and clean and wonderful. the black is so flat it will melt you.
also updated the shop with some finds from the files, some sale pricing, etc.
commerce!
seriously, though, thanks for the support and the looking.

Posted by nathaniel russell at 9:37 AM No comments:

NUVO newsweekly
the reviews are in! i mean the review is in! pierre nailed it.
but in all honesty i can't remember much i've done ever getting a review in a print publication or more than a sentence on a blog somewhere, so it's always appreciated when somebody puts a thought-out  opinion in the public sphere about something i've thought about and then done. so there you go. it's up for a while longer, if you're in town, go check it out. thanks again to iMOCA, big car, and all who showed up. onward! anybody want to bring this show to their town? let's talk, it travels easy!


Posted by nathaniel russell at 8:53 AM No comments: 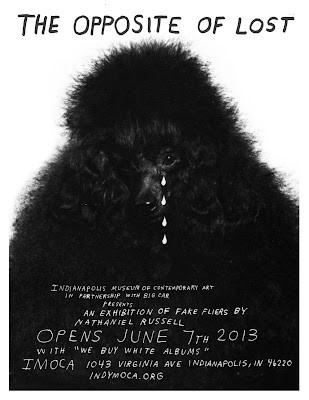 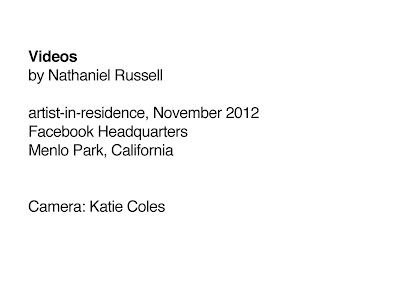 also showing a 5 minute loop of videos i made during my residency at facebook last year.
i'm just letting you know what's happening.
i hope all is well with you.
Posted by nathaniel russell at 10:54 AM No comments: 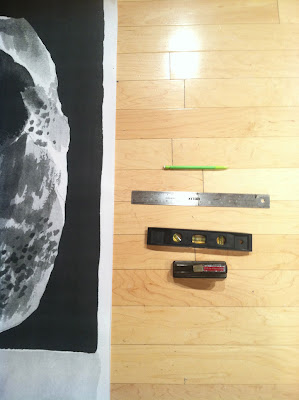 so tomorrow, friday june the 7th, there is an exhibit of a class of things that i have made over the past couple of years. above is a photograph of my installation tools. it's a level, a ruler, a pencil, and  stapler. not shown: a tape measure and a stool. also a piece of foam core. 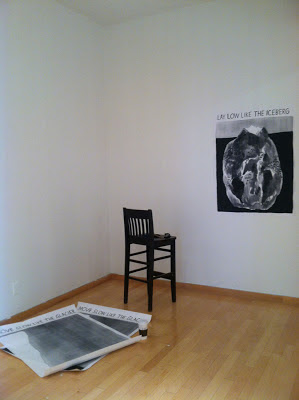 this exhibit is a little different than some others i have done previously, in the material and subject matter, but also not too different when you really think about it. instead of showing drawings that are framed and hung on the wall i am showing black-and-white copies stapled to the wall. but the important part is what you are looking at and the ideas and/or feelings that come up when you look at these things, if any. above you can see the stool i was talking about earlier. also the big fliers that i printed out at kinko's, 3 by 4 foot! 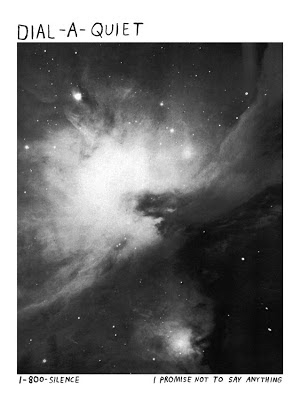 this is another big one i printed out for the exhibit. what is it with this and how is this any different than what i normally get up to? well, really, it's no different in concept but it's made in a more immediate and casual way and then printed out like a regular flier or resume or something. that's what i like about making these fliers: it's a way to quickly make an idea for an image become real thing, an easy way to put a mystery into the world, or a joke or a poem. i think jokes and poems are as important as more accepted or traditional serious art subjects. so maybe all these come off as insincere or not-well-thought-out but they are in fact the opposite: important and serious and immediate and excited. or at least as anything else is. 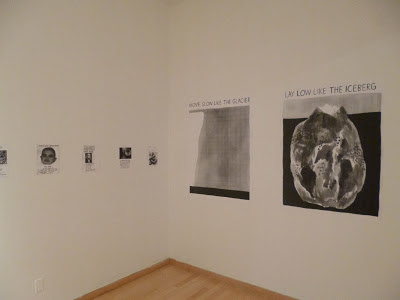 now it's happening that this flier "project" that i started a couple years ago has gotten a small amount of attention and now it's a "thing" and now it's crossing over into my usual art-making, some of the fliers have become drawings and something i might normally make a print of... like these two above. these might as well be big drawings but really they are big blown up xerox prints. is it the same thing? i don't know, probably. anyway: i put all these things up with staples, nothing is framed. because it's not the objects themselves that are precious or valuable, but the feelings, jokes, and ideas that they help make when they go in your eyes and run around your brain for 5 seconds or two hours or however long you let it. i don't think that sounds too self-important, that's the point of making things. 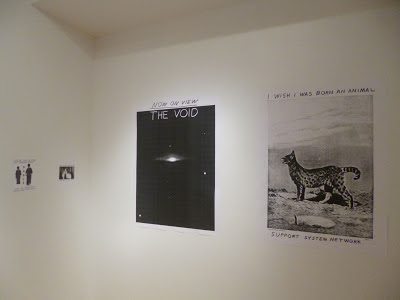 it all goes into the big basket of stuff that i'll be filling up for the rest of my life. so in a way this exhibit is an attempt to bring what was once a separate project into the fold of the greater project which is everything i make. i'm so grateful for the support of the indianapolis museum of contemporary art, big car and the service center of indianapolis, needles and pens of san francisco, and all the other nice folks who have given me the opportunity to put these things into the world in different ways. 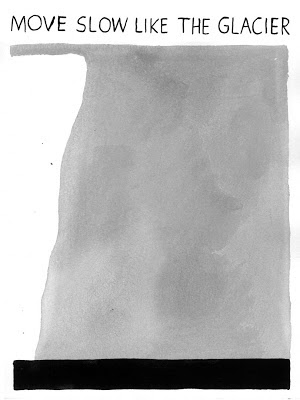 did you ever read "grapefruit" by yoko ono? her instruction paintings? she pretty much nailed it. this is like my version of "grapefruit" but not as straight-forward because i can't help but put pictures in there  to look at and i'm not literally telling you what to do in your brain so it's not really the same thing at all. mine will be called "side salad". 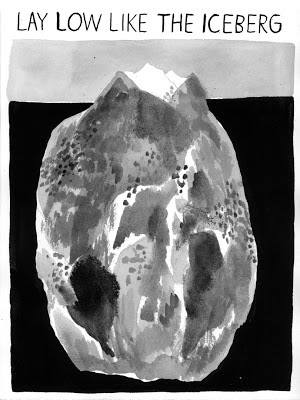 i started writing some new songs again and i started using some of those lyrics in drawings. these have that in common. i am trying to make it all one thing: art, music, writing, walking the dog, talking, life things. because really who cares? you can do whatever you want, you should do whatever you want. come see my show tomorrow and we can high five about it.
Posted by nathaniel russell at 11:12 AM No comments: