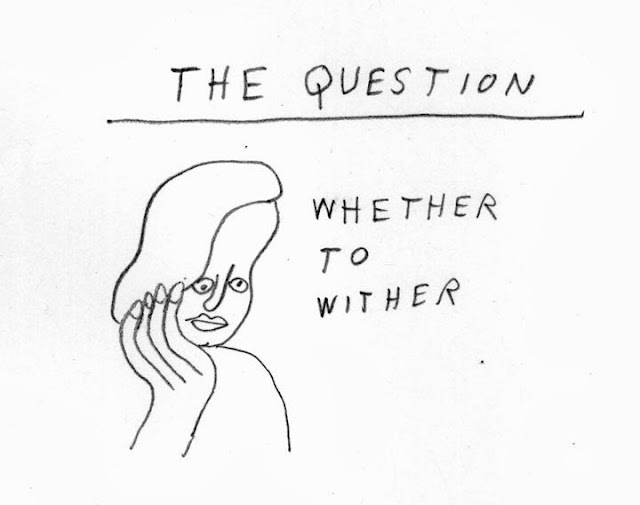 Posted by nathaniel russell at 4:52 AM No comments: 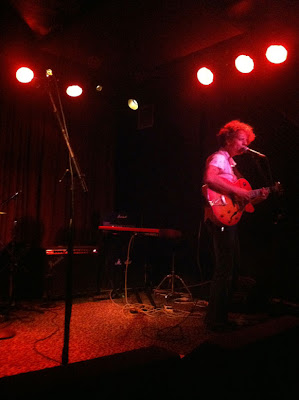 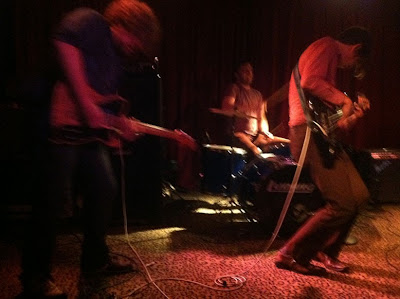 ok so here i will tell you about something that has happened. the band the impossible shapes got back together and played two shows in central indiana a couple weeks ago and let me tell you: i felt a happiness and joy that can only come from the reappearance of old ghosts and sounds and friendly faces in the form of music and songs sung by people. maybe you have that special thing: a relationship to a band's music and to the band itself that the mere strumming of the opening chords to a ten-year-old song brings a smile to your lips and definite twinkle to your toes. man, i love these guys. and it is a special thing to hear these songs played by old friends and be flooded with memories of indianapolis in the summertime, bloomington in the winter, oakland warehouses, north berkeley mornings and a really great tyrannosaurus rex cover. i am so grateful that  i got to make some art for these guys over the years, travel some, meet up in far-off places and share time just so the end result could be me feeling all of that stuff in a flush of memory and energy for an hour two weeks ago. what a thing! it's been great to see these fine fellows play music in so many other incarnations over the years: the coke dares, magnolia electric company, daring ear, horns of happiness, normanoak, and the list continues to grow. and sometimes coming home to the roots of things is just a magical thing and i'm thankful! these are the good ones!
this is that tyrannosaurus rex cover!

this is just an amazing song of theirs!

carry on.
and remember when we all played at ian's house and sam sung on the t.rex cover? 2004? wow! 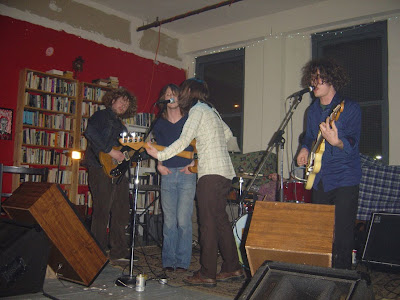 Posted by nathaniel russell at 12:27 PM No comments:

so much radness and weirdness in these parts.
let's talk about it:

firstly, the fine folk at & Pens Press and i had a little chat and talked about the day in the life. you can read all about it HERE.

secondly, i was invited to make a little mix for the mixtape club. which i did. you can listen to it HERE while you fritter away the day. 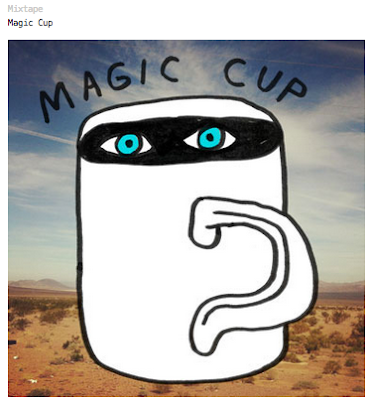 thirdly, i am going to be in an art show at FTC skateshop in san francisco to celebrate the radness and is-ness of GNARHUNTERS. that is elissa steamer's company that encompasses and celebrates all things gnar. bonus: i will actually be in town for the show and be able to see it. 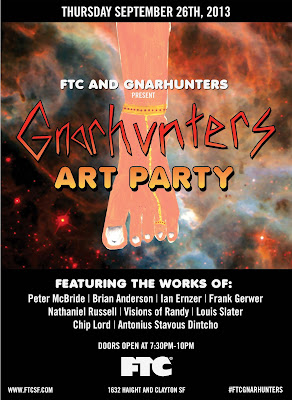 i have more things to tell you, but i'll get to that tomorrow.
i miss you.

Posted by nathaniel russell at 1:32 PM No comments: 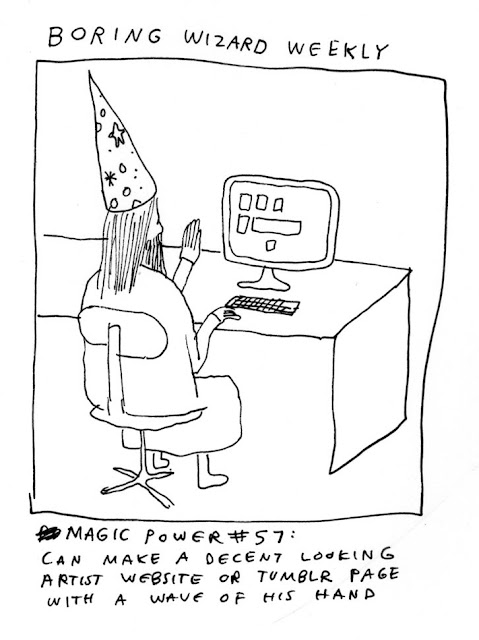 Posted by nathaniel russell at 5:34 AM No comments: 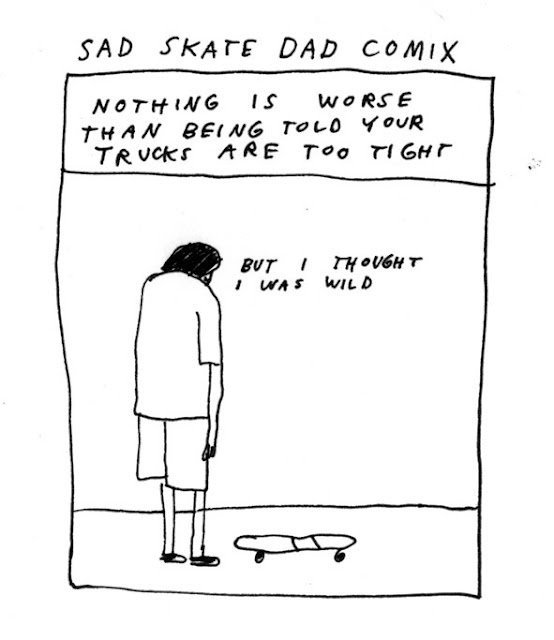 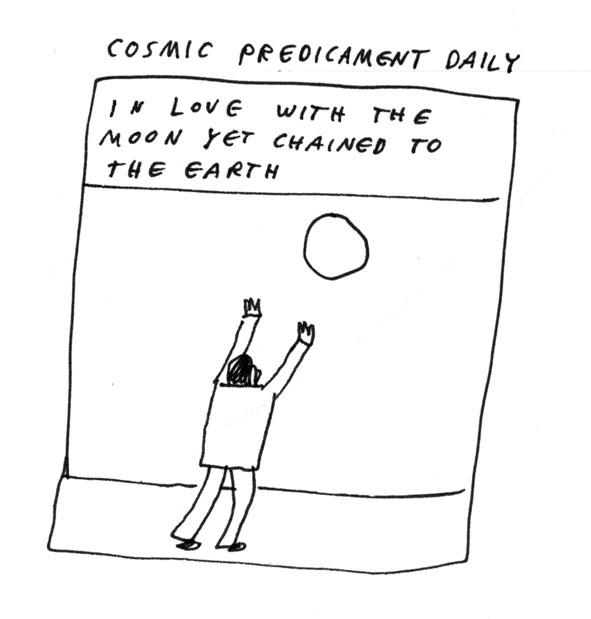 Posted by nathaniel russell at 4:38 AM No comments:

i'm working on some stuff for the big mollusk jamboree in big sur this month.
i'm going to go hang with buddies, see some music, play some music and hopefully get a little weird.
you know uncle daryl's gonna be there. he's probably there already. 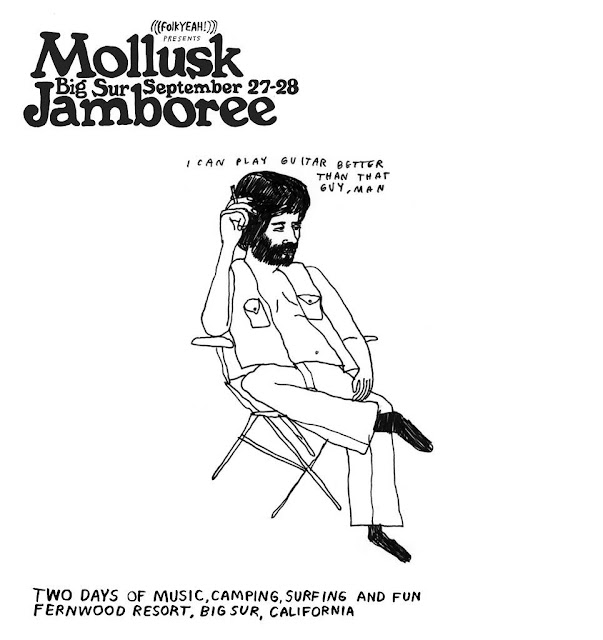 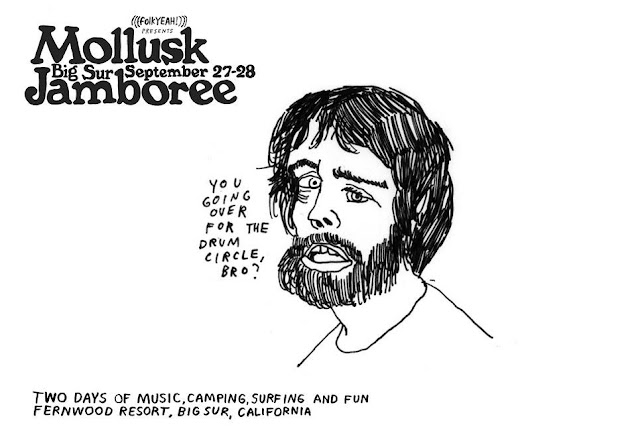