more of this hamburger flier business 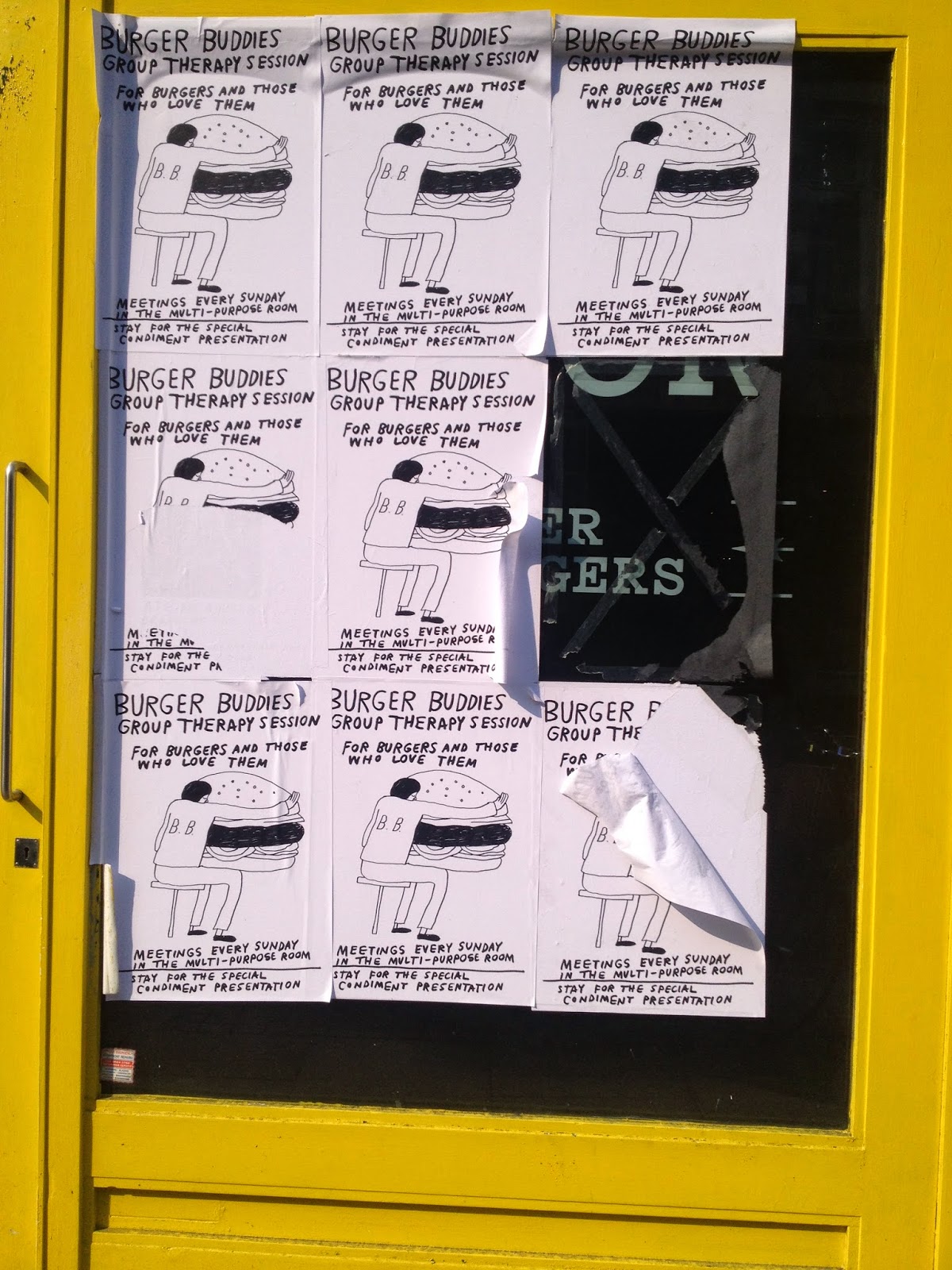 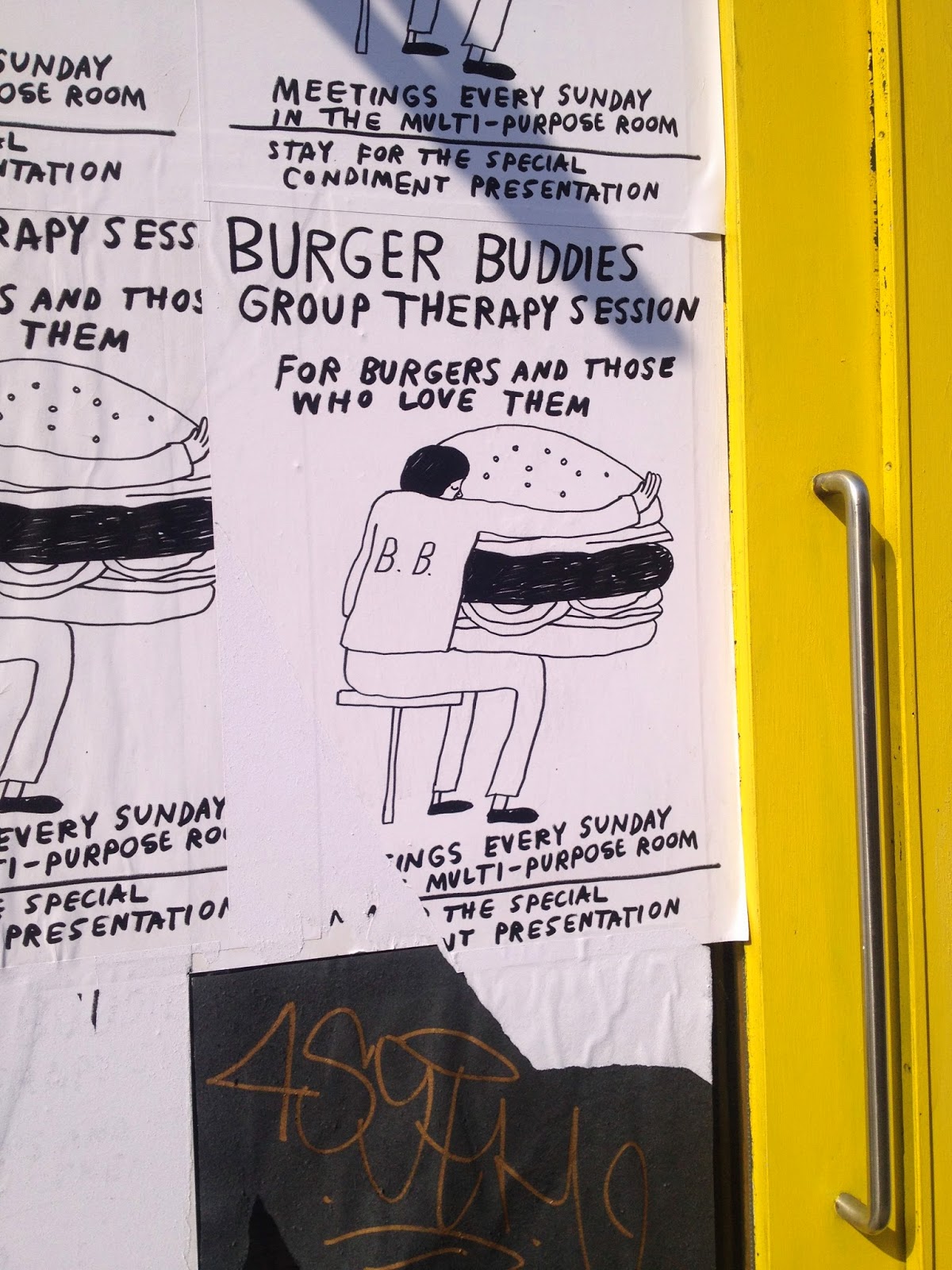 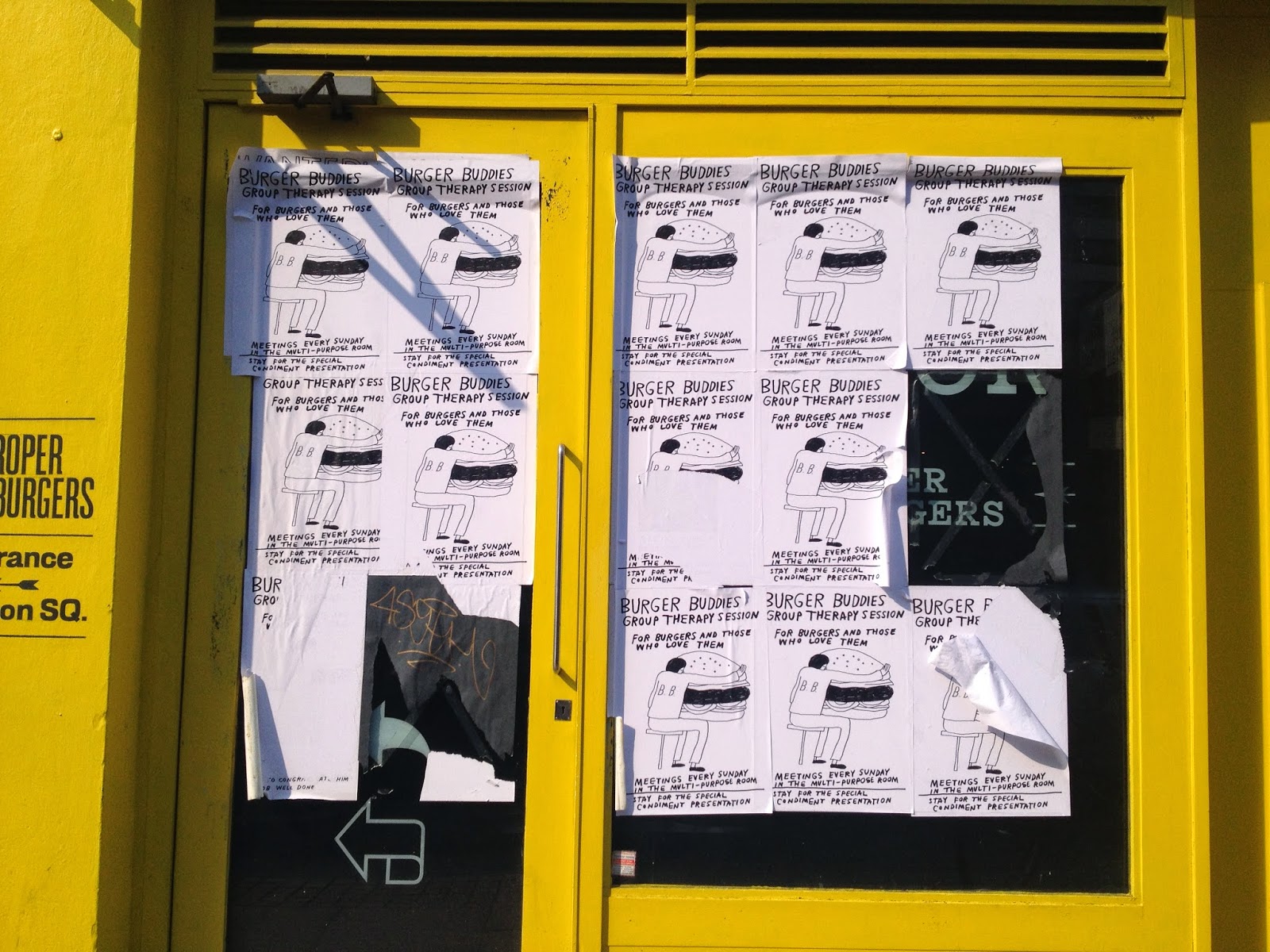 thank you Liv for the photos!

whoa man i have really let this blog go, haven't i? it hasn't been this long between posts since like 2006 or something. who cares really? i guess i do. i feel guilty. i have all kinds of promises i want to make, my intent is real and true. but that will get me into more guilty feelings when i don't follow through so for now let's just say this blog will continue to be what it is until it isn't. which is some art, some drawings, some photos and hopefully some more writing about things. i want to write about things.

like this:
i was tooling around the internet looking at music articles and i read this one. it made me think about that band and the time in my life when i listened to them a lot and really experienced them play a few times. mostly about that time (mid-late 90s) when i was living in muncie, indiana. i was in college and there was a summer or two, 1997 and 1998, when i listened to a lot of what they called space-rock at the time. it was popular! all the magazines were writing about it. it was heavy and psychedelic and challenging and weird and when it was good: utterly transcendent. one of the finest memories i have of true freedom and happiness was riding my bike around muncie in the summer (the town emptied in the summertime when school was out) with a walkman tape deck with headphones on in the middle of the night. warm breeze, no socks, empty streets and listening to this music. it's that thing that holds you down with the heaviness and lifts you up with goodness.

we drove to see them play at a laundromat bar in cincinnati one night. one of those nights where it's a three hour drive there and back, you don't get home until almost 5 then you get up at 8 to go to work. my ears were still ringing and i drank a lot of coffee and pretended to look busy. wonderful times.

also this:
around that same time i read an article in magnet magazine in my friend's attic apartment about texas psychedelic music. there was a section about this couple who made records as charalambides. i found this LP by them and listened to it all the time. it sounded so strange and other but also primitive and simple. i was just starting to play music with other people and the simplicity of these kind of recordings really made me think i could do that too, even if it was just taping a keyboard key down and playing drums over it. at some point i wrote them a letter and even traded artwork with christina in the band. i just found the watercolors she sent me last week as  i was going through old art files to move to the new studio. which brought me back around to thinking of that music and pulling that record out and looking again for what it was that connected.

it's this spirit of transcendence with whatever your means that i still hold close these days. there is power in the simple things and you can make anything sing your song or make your picture. 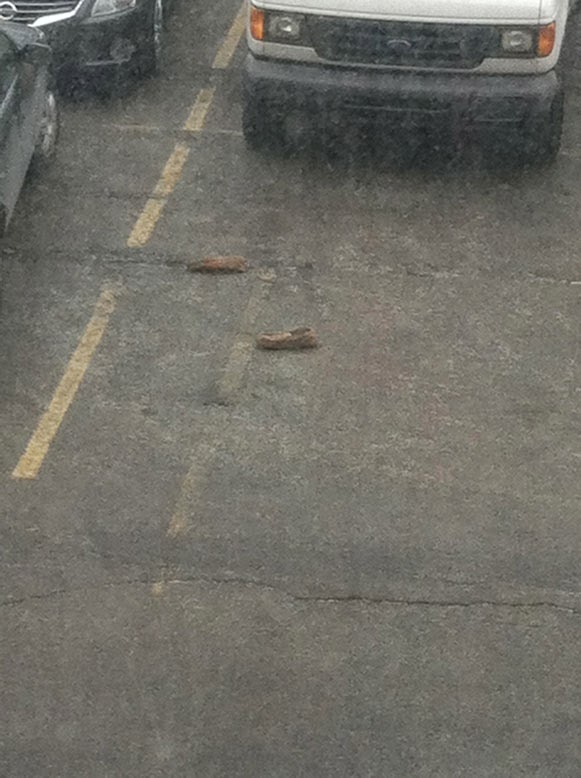 somebody forgot their slippers in the parking lot 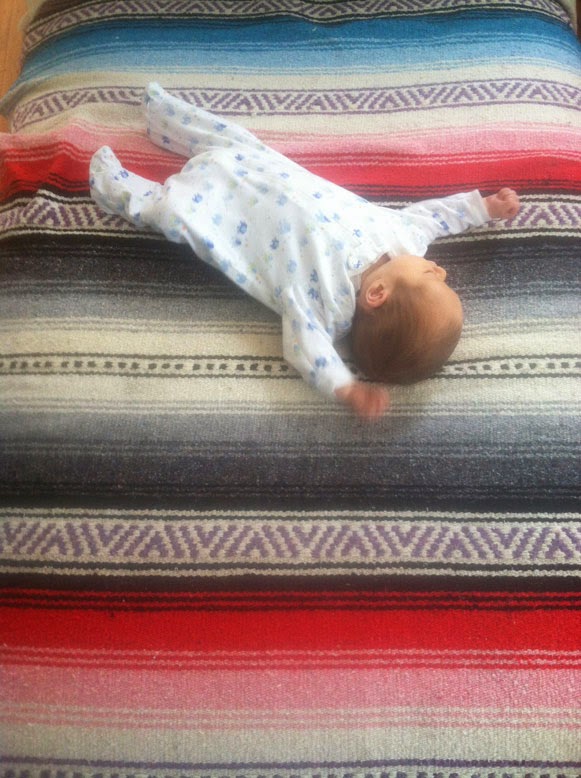 just afloat in the astral plane, this is what it looks like 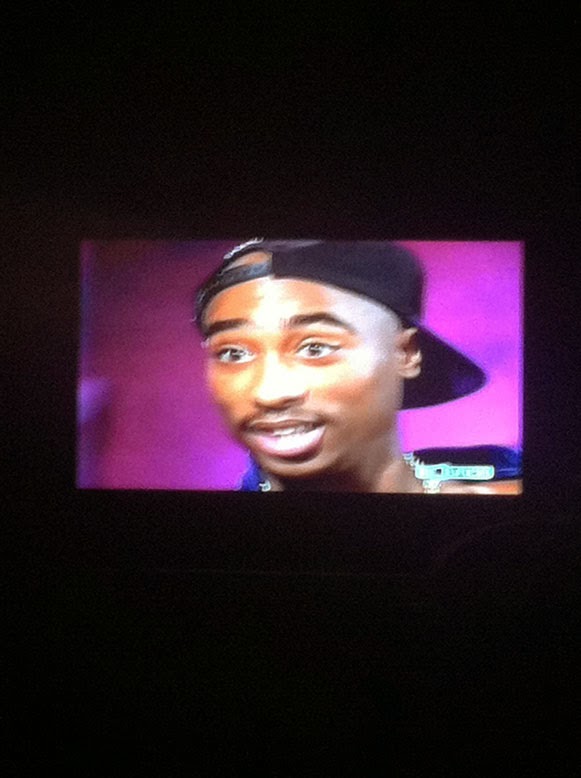 i have a baby now, so i'm up at 3am watching tupac documentaries,
that is where you'll find me 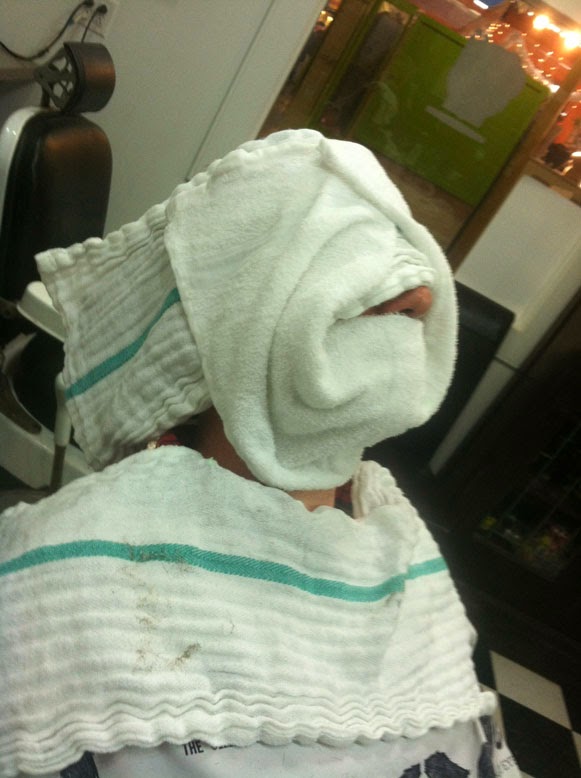 i tried to pull a reverse sampson and chase winter away by prematurely shaving off my beard in a ritual. i asked the barber to take this photo. the reverse sampson didn't really work out. 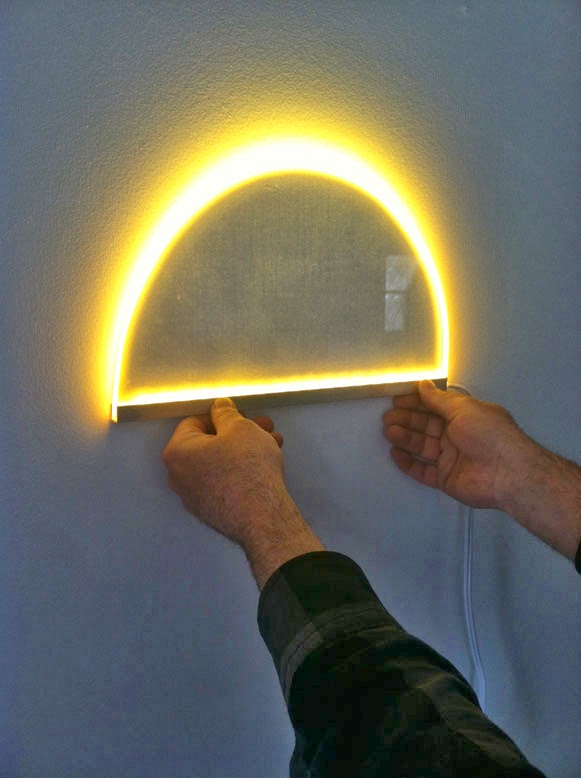 my buddy made this lamp for my boy. it is really something and i am all choked up about it.

Posted by nathaniel russell at 6:52 AM No comments:

if you are in austin for sxsw
i made some prints that will be for sale at the vans booth
they are silk screens
i won't be there because i am on serious dad duty
but next year maybe.
you can mail me a breakfast taco for a special surprise 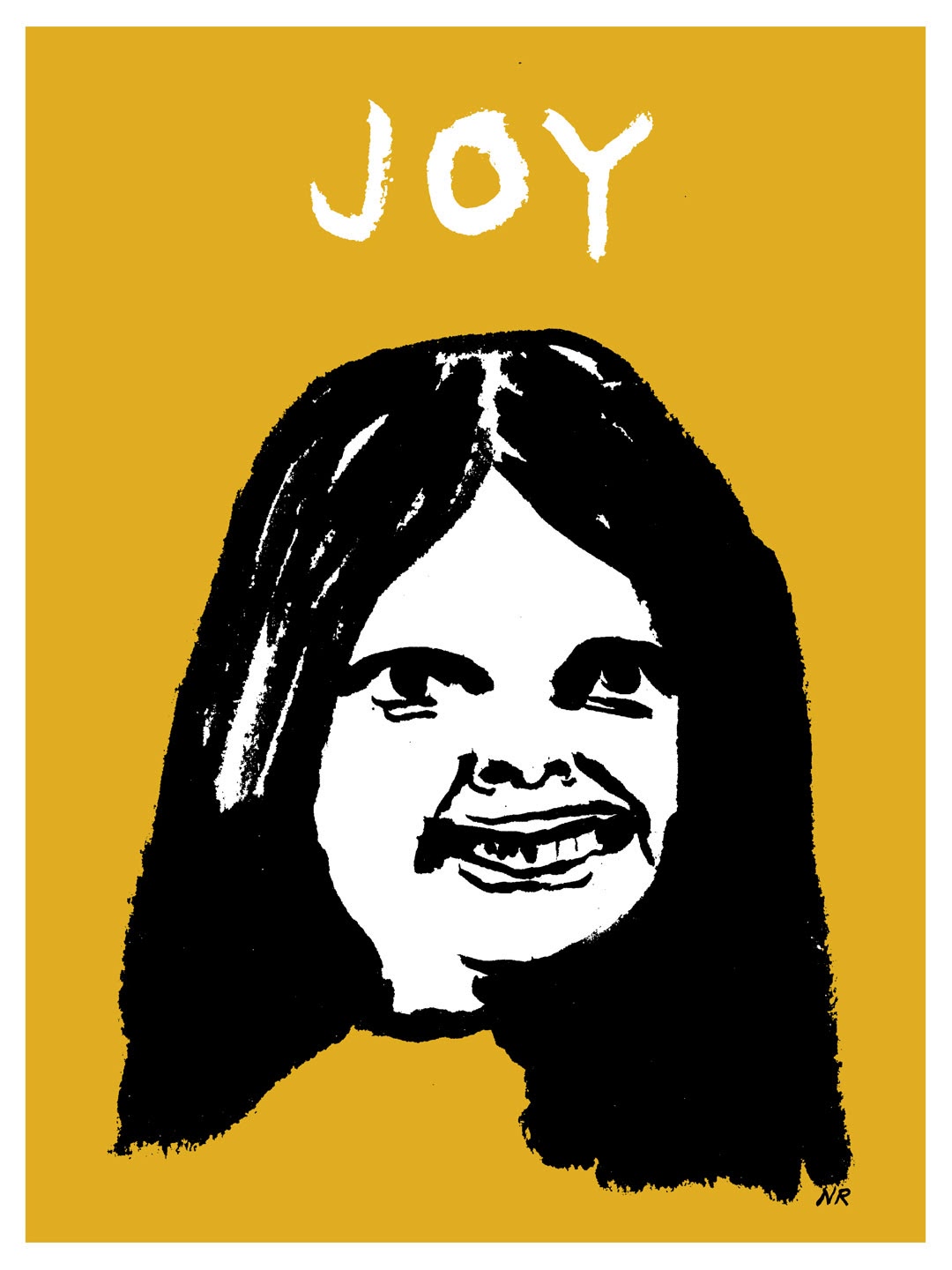 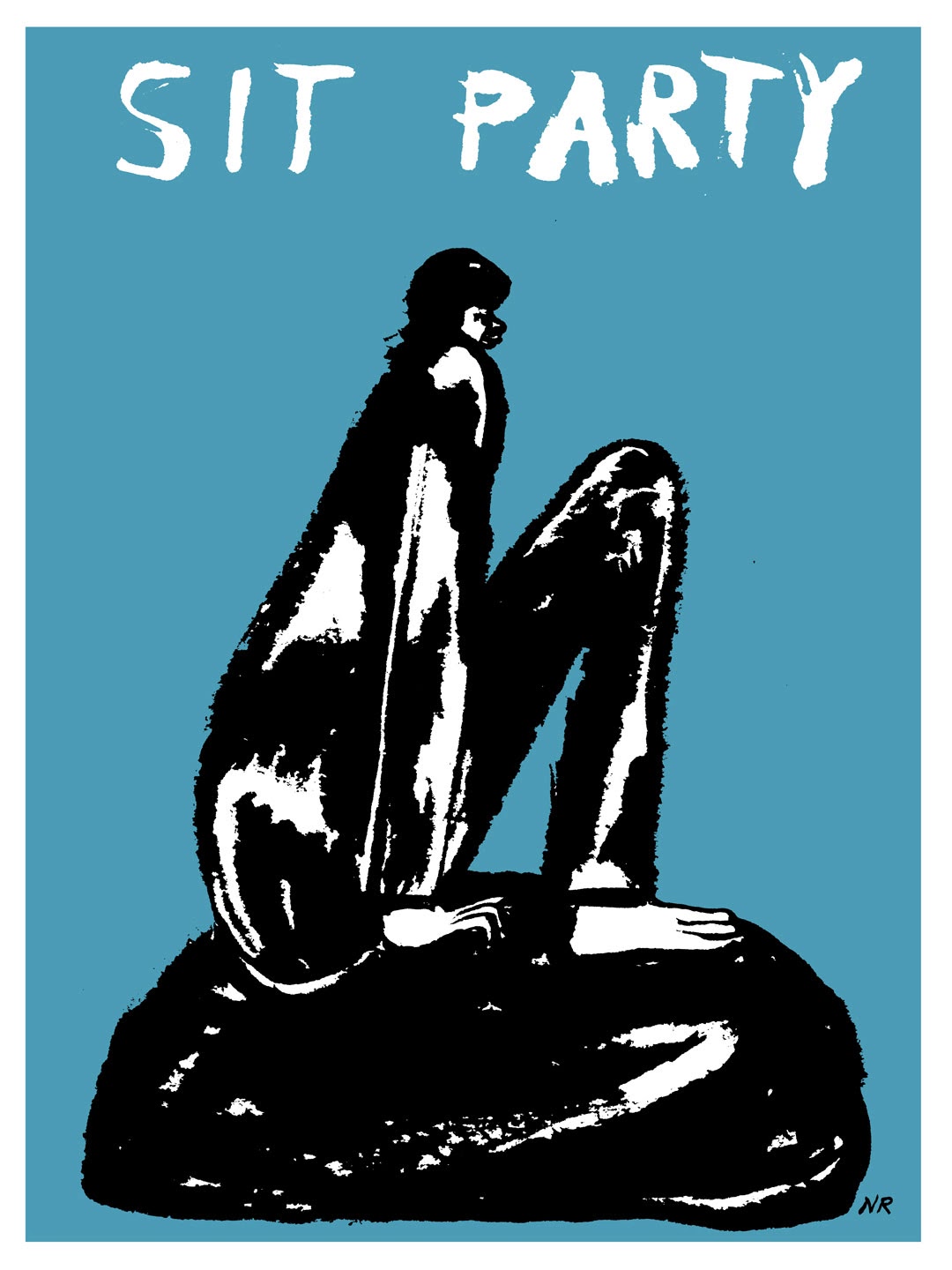 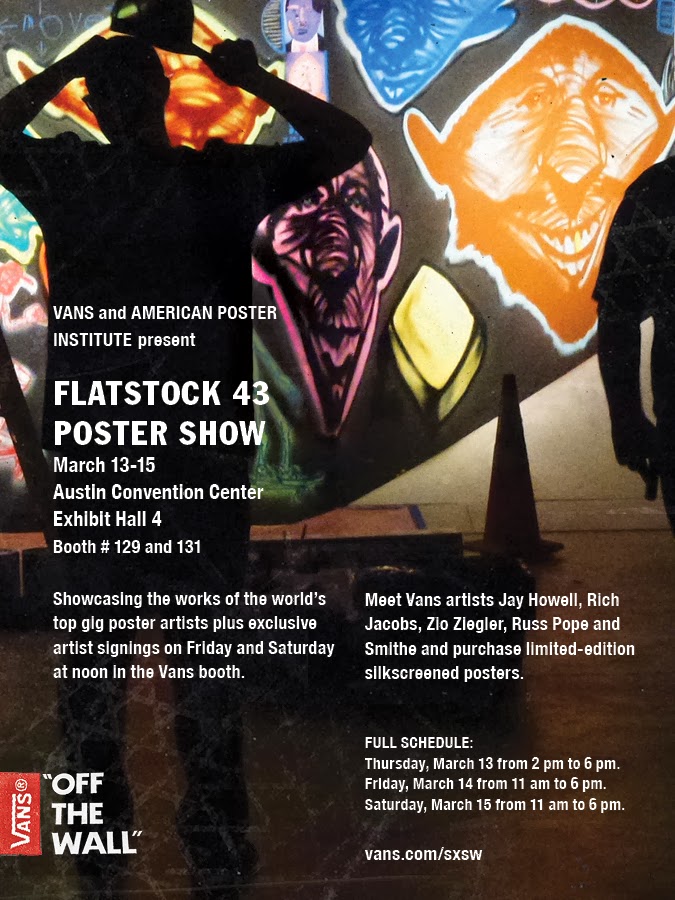 Posted by nathaniel russell at 2:08 PM No comments:

south by southwesting part one

i made some drawings and letters that turned into a poster and an internet advertisement and eventually a back drop for bands to play in front of for Juxtapoz Magazine's music party in Austin. i wish i could go but i'm on dad duty and i got no time for running around eating hot dogs at 3 in the morning. maybe next year! 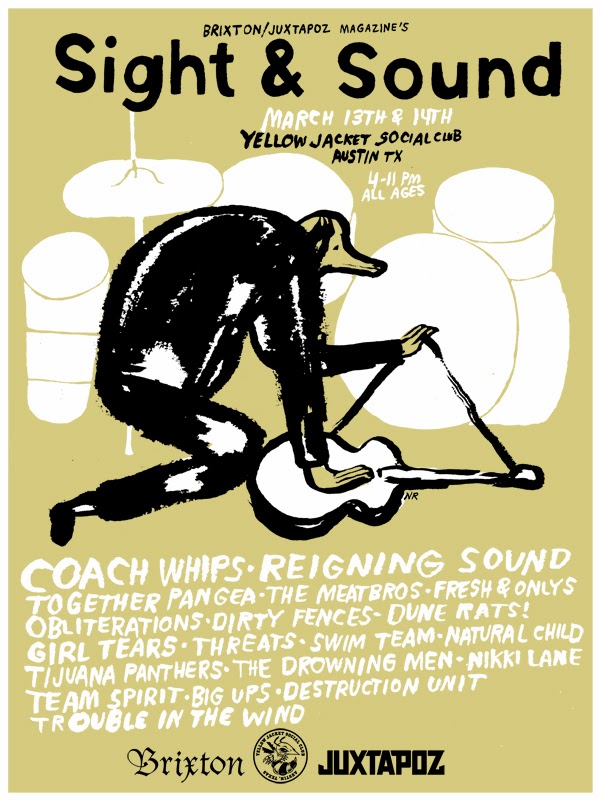 maybe if you saw the calendar i made for this year you can tell that i've been into drawing dog bands. like musical bands with dogs as the members. i did a bunch for this poster but you know how it goes: not all our sweet babies can make the big time. but here are some of the sweet babies. 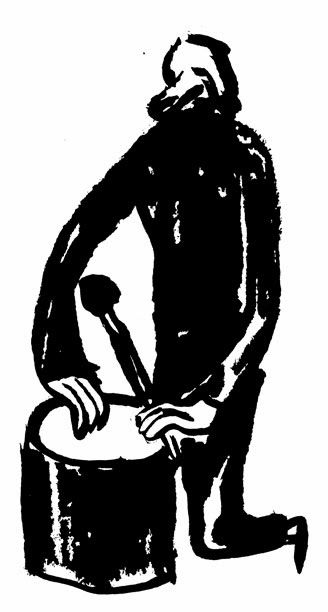 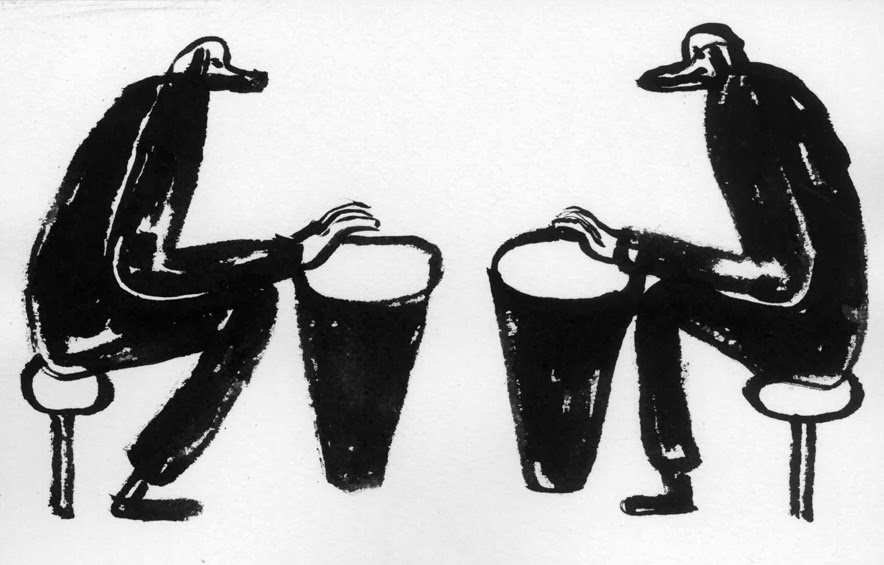 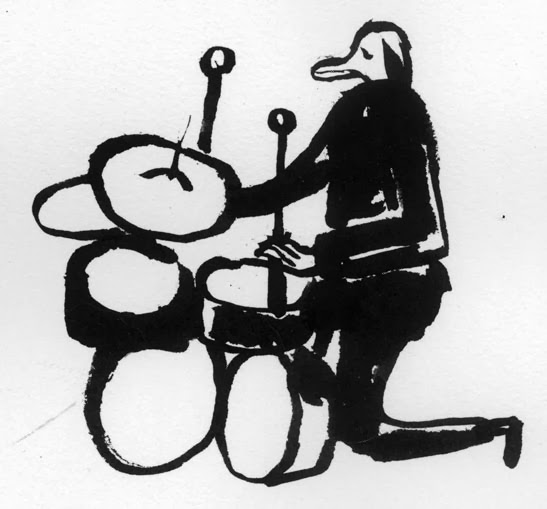 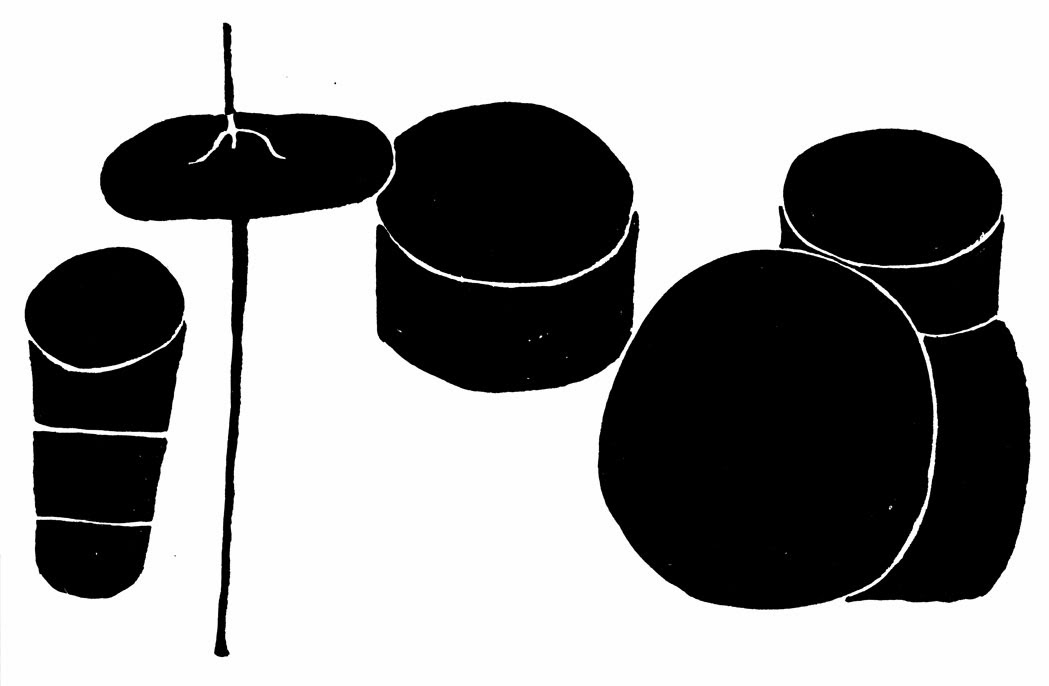 this one is actually in the background of the poster, but i thought it looked nice just like this. 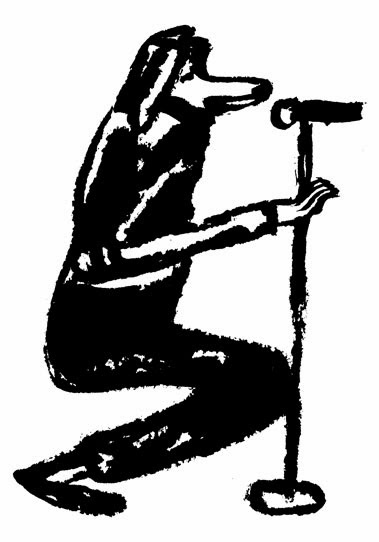 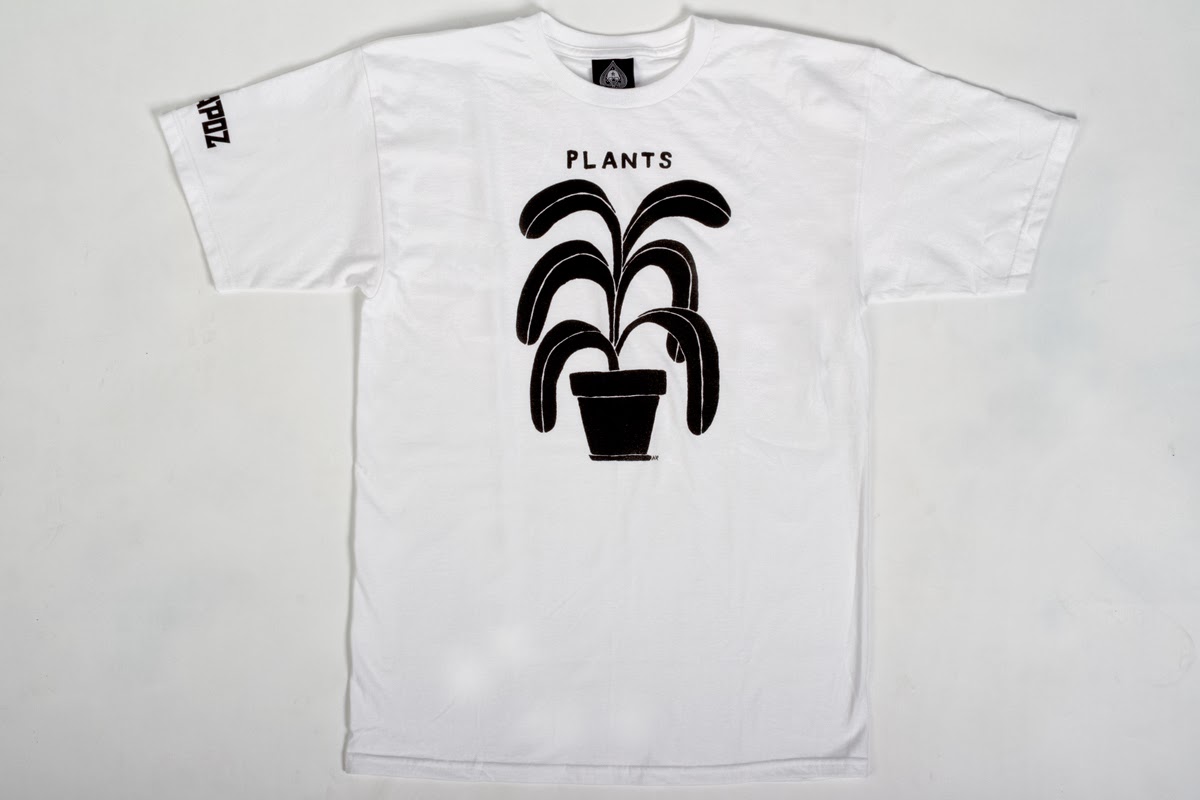 i thought it could be a shirt where people think it's a band? or maybe just a shirt that promotes the existence of plants? both of which are probably needed.

Posted by nathaniel russell at 5:43 AM No comments: