as written previously, i am included in a group show in new york city, new york at the joshua liner gallery. the show is called 'folklore" and was curated by evan hecox, an artist i admire a lot. i made two large-ish (36x36) drawing/paintings for the show that are extensions of two other drawings that i did earlier for the needles and pens anniversary show. is this too much information? it all means something. it is process, reality, ideas, evidence. here are pictures of the things i made. 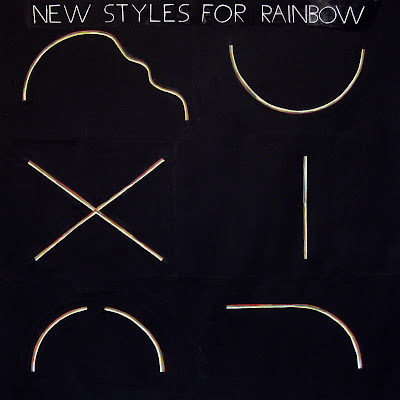 i want to do 20 of these drawings and have a whole art show called RAINBOWS. it would feel so nice. and the gallery would let me paint a big mural on a wall that would stay there forever and i would take my grandchild there and say "yes, grandchild, this was when i was heavy into rainbows." 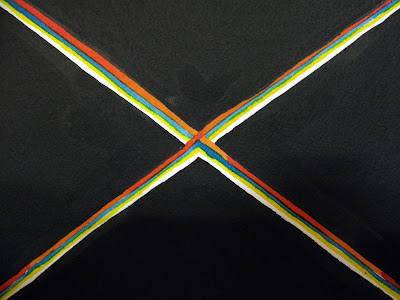 detail shot. it would be nice to see these in real life. i'm sure we as a people have the technology but sadly i do not. 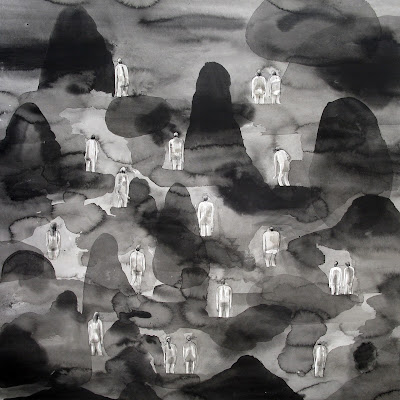 this is the second drawing. i call it "nude beach #2" and that's what it is. this one has big displays and tiny words and details. i have been enjoying taking a longer time to do things lately. again, i'd love to do 20 of these and the gallery floor would be filled with sand. every half hour a tasteful nude person would roam around and then vanish. somebody would play piano and sing. 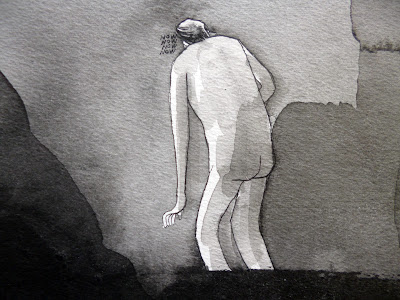 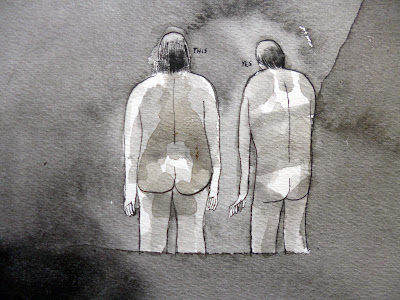 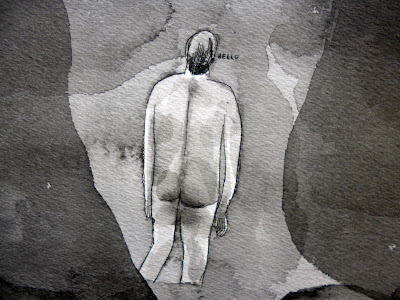 and another one. if you go to the gallery in chelsea, this one is not in the main exhibition space, but it's there, you might just have to ask to see it, and please do. i really can't say thanks enough to the fine folks who came to this art show and talked with me. did you know that we connect with each other through the making of things? did you know this shit works? it does. and when you tell people that it works, the person that made that thing is humbled and happy and for a few minutes feels the purpose and worth of the thing. that person was/is me and that is what  i felt. it is important to talk to people and remind them of the important things. we are all important so let's try to ignore the lame parts for as long as is good for us. peace.
Posted by nathaniel russell at 5:47 AM

i like the rainbows. i think, something could maybe be done with mirrors.. giant mirrors in the sky.. if rainbows work kind of like lasers..